Want to enjoy gaming blockbuster „Titanfall“ in Ultra HD? The development team of Respawn Entertainment is one step closer to this dream. Nvidia visited the staff of the Xbox / PC exclusive, and had several crates of Titan GTX graphics cards and Nvidia’s Shield gaming handhelds with them. Each employee received one of the highly demanded high-end graphics cards and Shield consoles and is now able to enjoy Titanfall in 4K resolution.

… recently we got a 4k monitor here in the studio and I had the great pleasure of playing Titanfall in 4K on a Titan GPU and it was gorgeous -like…  it was unbelievable, it’s a whole new experience.

An early Christmas and the perfect opportunity for the development team to make Titanfall 4K-ready. Although the joy was very big over one of the world’s most powerful single-GPU graphics cards, its expected to emerge soon into frustration. At Respawn Entertainment , the 4K-capable monitors are not around like chocolate Santas. In the next few weeks there will be fights about who will get his hands on the popular Ultra HD monitor. A youtube-clip of the visit is attached to this post. 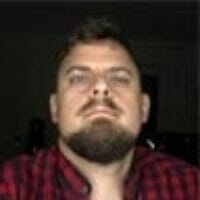